The Birth of Aromatherapy 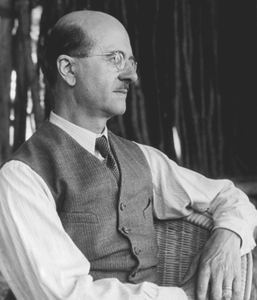 Born in Montchat near Lyon in 1881, René-Maurice Gattefossé is regarded as the Father of Aromatherapy and inventer of the word itself.

A famous French chemist and scholar, in 1910 he discovered the virtues of the essential oil of lavender. Gattefosse was working in the laboratories of the cosmetics firm owned and named after his family (of which he was to become head, and which is still in business today). He badly burned his hand during an experiment and plunged his hand into the nearest tub of liquid which just happened to be lavender essential oil. He was later amazed at how quickly his burn healed and with very little scarring. This started a fascination with essential oils and inspired him to experiment with them during the First World War on soldiers in the military hospitals. He used oils of lavender, thyme, lemon and clove for their antiseptic properties. Gattefosse noted an increase in the rate of healing in wounds treated with essential oils and that the oils seemed to be free from the disadvantages present with other antiseptic agents in use at that time.

Very little is known about him, but he wrote several books on essential oils citing cures of skin cancer, facial ulcers, gangrene, and Black Widow spider bites. His book Aromathérapie: Les Huiles Essentielles Hormones Végétales (which you can buy below) brought his ideas to the attention of a wider public in 1937. It was translated into English as Aromatherapy and so the name was born. The text is a fascinating look into the history and background of aromatherapy and is wonderful reading for the serious aromatherapy student. The writing style and content is more scientific in approach and may not be suitable to someone looking for a lighter writing style. His books are still available in print today. Gattefosse believed in and promoted the use of the oils in their complete and unadulterated form, discouraging the fragmentation of the oils in search of their 'active ingredients'.

But René-Maurice Gattefossé didn't limit his research efforts to the discovery of large numbers of essential oils and their qualities. Indeed, aware of the harsh living conditions of small lavender farmers in Haute Provence [s. of France] he spent many years providing help to develop sound cultivation and distillation methods. He was also instrumental in the creation of the first lavender growers' cooperative, and the birth of a producers association. To further back lavender growers he created Europe's first perfumery magazine in 1908 called La Parfumerie Modern. It dealt with research and various productions of essential oils around the world, and continued to be published until the sixties.

He purchased a farmhouse in St. Remy de Provence a region dear to his heart since he first started campaigning for lavender farmers in the 1910s. This eight-hectare (20-acre) property was to be the home of aromatic plant production and distillation, so as to provide the company with a steady supply of raw materials.

He died in 1950 on a visit to his younger brother, Botanist Jean Gattefossé in Casablanca, Moroco.