Why did we choose to farm lavender?

Often times we are asked why we chose to grow lavender as a farmed crop and it leads to a sweet story that originated with the owner/founder Lila...

In 2005 Lila was diagnosed with Multiple Sclerosis and had been treated for years with steroids and the side affects were unbearable. It was leaning on her knowledge of herbal remedies that she reached for a pure undiluted lavender essential oil to aid with her relentless headaches, nausea and nerve pain.  Her need for true oil was met with learning the sad truth about the essential oil industry and what is and what is not viable essential oils which is what she needed.  Time was something she had plenty of while bed ridden and so her search began...

As fate would have it, her quest for lavender essential oil production opened dozens of doors, introduced her to a handful of educators, authors and distillers from around the globe who gave her hope and inspiration to produce her own lavender essential oil.  The first year began with just under 2 acres and the second year her father Don bought her a copper still and the Alchemist was born.  With the third and fourth years their family farm developed into a 7 acre producing organic lavender farm and distillery.  It was almost as though she had cured herself, her passion for aromatherapy grew as the months and years past her business along with her health prospered.

It wasn’t until 2011 when she suddenly began having seizures and complete paralysis, dystonia with myoclonic episodes did she end up far worse than ever before.  Completely bed ridden, she was able to carry on with the business because of the help from her family. Her recipes carefully journaled it was her entire family unit that helped maintain her formulations, farmers markets and online store as she orchestrated from her bedside desk. 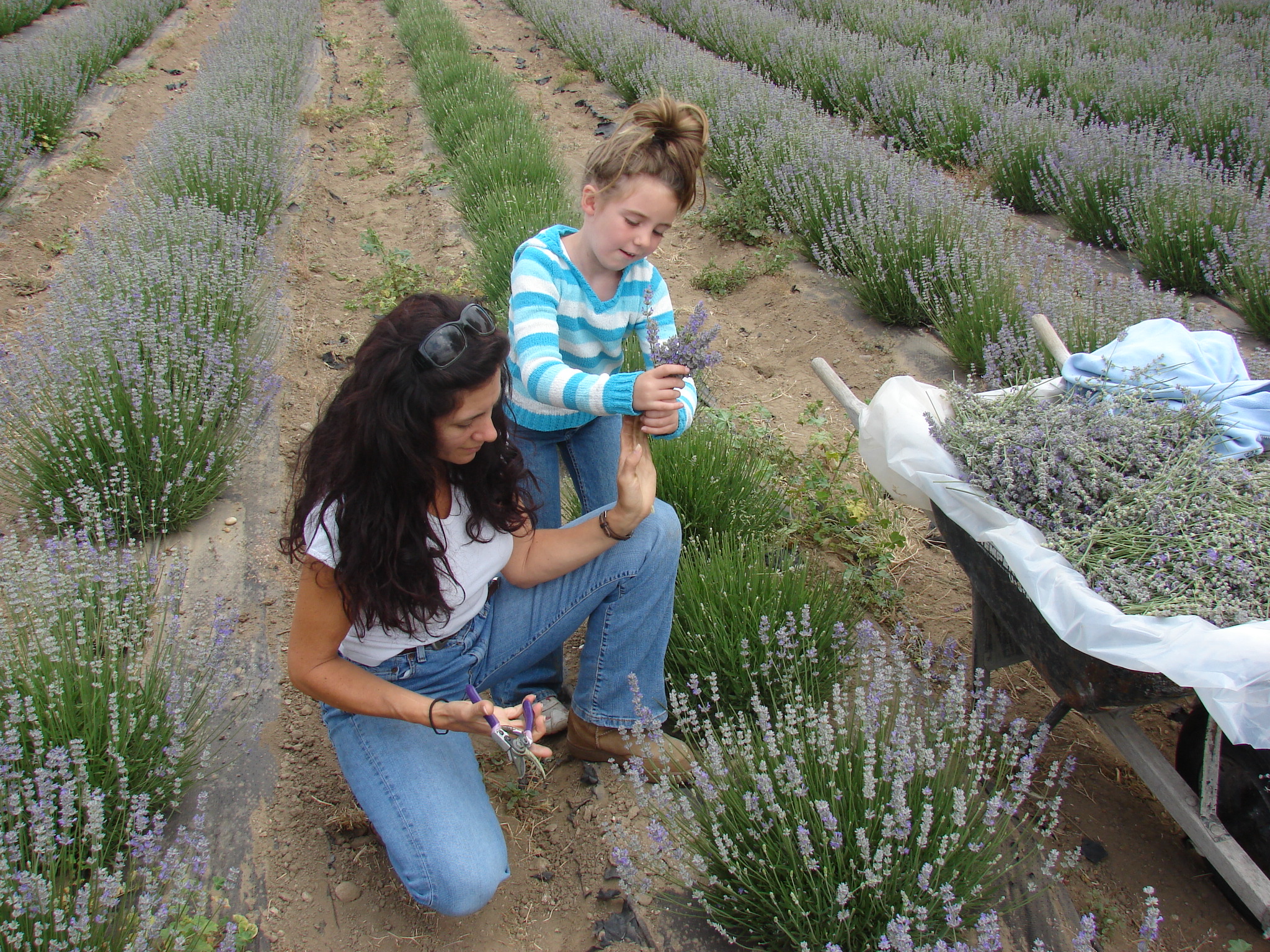 Thankful and ever so grateful to her family and friends who without, her dream would have began to fade.

Months went by without knowing her health was not a relapse of MS. No one knew until she landed in the neurology department at UCLA Medical Center.  It was here that it was found to be a very rare genetic brain disease.  So rare she was placed in the Humane Genome Sequencing Project as a case study.  She no longer had MS..... She had something else that there was no cure for, and something even more rare.

Somehow comforted by this new diagnosis she fought hard for nearly a year before the correct medications along with homeopathic remedies and modalities brought her back and into her passion.  As a mother of a young four year old daughter Abigail, Lila's mothering instinct to be there for her drove her even harder.  Her will, and understanding that there are no mistakes as life carves our path is what allowed for understanding and acceptance and with this her true healing began.  Being bed ridden for nearly 8 months the journey was at times dark and deep, but her Scottish blood ran strong and her fight and attitude never waivered. From a wheelchair to the walker it would be more than a year before she graduated to a cane. Next thing you knew she was on her way back to the earth, the herbs and the aromatherapy creations that not only called to her but also worked threw her.

An incredible journey on so many levels is seen in everything about Central Coast Lavender Farm.  From the first baby plants placed in the earth by the hands of her then 3 year old Abigail along with her family, she has watched her life grow and bloom each year right along side her beloved lavender farm.

Blessed is what Lila says when ever asked how she is doing.  "What a beautiful life... I'm able to be home with my daughter, work with my craft and help others feel well and the perks? It sustains our life!!"  Always expressing her contentment with life's direction and how what a remarkable life her health has given to herself, her family and to so many others.

The farm is more than just a business, its really a gift that allows for a deeper understanding of what we can do with what we have and how acceptance with a dose of fearless courage can make anything grow.